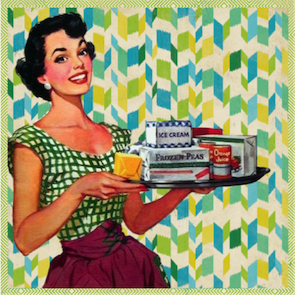 I read an on-the-money article in the NY Times after the womens’ marches on 21 January. Another one of those ‘I wish I’d said that’ scenarios. Apparently a post had been doing the rounds on social media along the lines of “I’m am not a disgrace to women because I don’t support the march … I do not feel I am a second class citizen because I am a woman … “

Dina Leygerman’s piece was a blistering masterpiece of yeah right! Although it was largely a blast at American women in the American context, it resonated strongly with me because truth is truth wherever you are. Dina took no hostages in rebutting the idea that we’re equal — ‘wrapped in your delusion of equality’ — citing statistics about abuse, objectification, unequal pay and opportunities to back up her commentary. She also listed many of the American giants on whose shoulders we’ve stood to be able to make our own choices, speak and be heard, vote, work, control our bodies, and defend ourselves and our families.

Co-incidentally I went to a funeral last week that was celebrating the life of Dame Laurie Salas, one of New Zealand’s own giants who fought tirelessly for human rights, gender equality, nuclear disarmament and peace throughout her long life. I didn’t know Dame Laurie. I sing in the same choir that one of her daughters does, and this daughter put out an all points bulleting asking if any of the choir would be able to sing at her mother’s funeral. Being your own boss does have some real advantages like not having to get permission for such things, so I said yes, not knowing anything about her mother. Just seemed like a good thing to do. And it was a good decision as it turned out. As I listened to her family and the other speakers sharing their memories of her incredible life, I was humbled and inspired by Dame Laurie’s story. In addition to being a life member of the National Council for Women, a past President and honorary member of the United Nations Association of New Zealand amongst many others she also raised six children who clearly adored her, as did her friends and colleagues from cabinet ministers to women in refuges.

What I found particularly uplifting was that Dame Laurie did not come across as a firebrand. She was passionately committed, but measured and articulate and convincing. She mentored many younger women and seemingly lived the change she wanted to see. Sounded like she really exemplified the ‘love trumps hate’ message that is so important in the current climate.

NYT’s Dina mentioned New Zealand in despatches — we apparently have the smallest gender gap in wages at 5.6%. Good to see, but not quite true. NZ’s Ministry for Women put this at 12% in 2016 and I don’t think it would have dropped that much in less than a year. However you calculate the number it’s still much worse in the States at 20%. But the fact that we have a gap at all is still an outrage!

For sure in NZ, we’re not the worst when it comes to gender equality. After all, we were the first country in 1893 where women got the vote — thank you Kate Shepherd and your indomitable peers, the ‘first wave’ feminists. We’ll be celebrating the 125th Anniversary of this ground-breaking event next year. Sounds good huh? But women still couldn’t stand for Parliament until 1919 and the first female Member of Parliament wasn’t actually elected until 1933, 40 years later. And, the number of female MPs didn’t reach double figures until the mid-1980s and we’re still under-represented in parliament. We’ve had a couple of female prime ministers — homage to Jenny Shipley (1997-1999) and Helen Clark (1999-2008) — for doing what Hilary Clinton couldn’t and breaking the ultimate glass ceiling here.

Unlike so many other places in the world where women are still little more than chattels, we enjoy the protection afforded through a strong statutory framework giving us full and equal rights and we have a small but effective Ministry for Women. New Zealand is an active participant in annual international meetings focused on the advancement of women and maintains a strong and consistent voice for women’s rights and advancement globally. Our Government is (allegedly) committed to ensuring all women have the opportunity to realise their strengths and achieve social and economic success.

Clearly we still have a long way to go and we’re moving backwards not forward! The World Economic Forum ranks countries annually in its Global Gender Gap Index based on health, education, economic and political indicators. NZ has consistently ranked in the top 10, but recently we dropped to 13. We do some things well — in education for example 61% of tertiary graduates are women. But that’s cold comfort really when you graduate with an equal qualification to your male peers only to likely get paid less when you enter the workforce!

There are many reasons behind this, but topping the list according to people who should be in the know (that I know) appear to be that our current government (nearing the end of its second term) is not pro-active and we don’t have a national plan for moving towards gender equality, despite a lot of rhetoric to the contrary. But there’s also the complacency thing that Dina was railing against and it’s apparent everywhere. All too often women are accepting the endemic, perhaps often subconscious (being generous) sexism that’s ‘always on’ when you cut to the chase. So many entrenched attitudes and subtle or not so subtle put downs remain despite all the progress.

There are compelling arguments for gender equality — and yes, it’s about more than just women’s rights. It’s about ALL people having the same opportunities. World Bank research shows a positive correlation between economies with greater equality and economic performance. Dow Jones has found successful venture-backed start-ups have more than double the median proportion of female executives than failed startups and it’s recognised that companies with gender-diverse boards make more money. Countries with the best gender equality have lower rates of violence against women. In New Zealand itself, it’s estimated that we could add 10% to our GDP annually if we maximised the working potential of all our women. A 2014 report estimated the cost of NZ’s family violence at $4.1 billion — we only have a total population of just over 4m, so that’s a staggering number per capita — and it’s only the tip of the iceberg. Imagine what we could do with all that money otherwise!

For as long as I can remember, I’ve been an individualist with a profound and deeply held belief that the playing field should be even for all. Throughout my (now quite long) career I’ve tilted hard at any glass ceiling in sight and supported other women in my orbit to do the same. I’ve been on the receiving end of significant and often highly depressing prejudice — so damaging to one’s sense of adequacy, acceptance and self-belief.

Many women have chosen to distance themselves from feminism because of the often unappealing stereotypes involved. But to me, feminism is not something any female can detach from. I’m with Maya Angelou, “I’m a feminist. I’ve been a female for a long time now. I’d be stupid not to be on my own side.” Feminism doesn’t have to come with hairy legs and no lippie — that’s simply a choice. The non negotiable is that we cannot be complacent now or ever. After all, feminism is only the radical notion that women are human beings (Cheris Kramarae). In any case, who would go back to what we had even 40 years ago?

As Hilary Clinton rightly said, “I believe the rights of women and girls is the unfinished business of the 21st century.” I echo that sentiment wholeheartedly… let’s stand on the shoulders of giants like Dame Laurie Salas and get the job done!