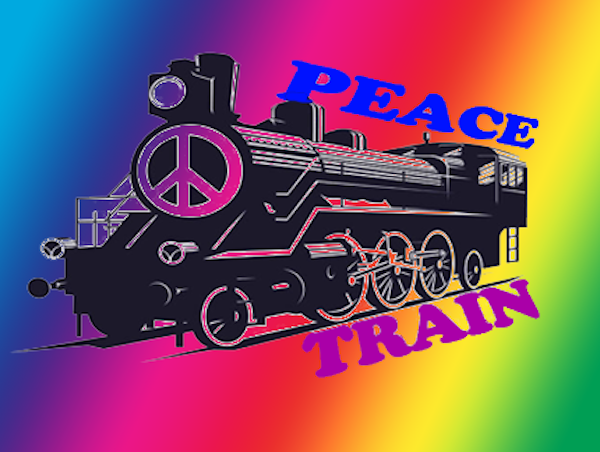 I’ve been crying lately thinking about the world as it is. Why must we go on hating, why can’t we live in bliss?

New Zealand was  rocked to its core by the shootings at two Christchurch mosques two weeks ago leaving  50 Muslim men, women and children dead and many others injured. Our Prime Minister Jacinda Ardern, managed the impossible and found words of comfort, solidarity and strength that have resonated around the world as we collectively examine our consciences and belief structures, and come to terms with some fundamental truths about what we are a nation.

This has been a very emotional time in this small country of 4.9 million. I’ve cried a lot in the days since the massacre. Cried for monstrous waste of those precious lives and for the inspirational example of forgiveness offered by the families. Cried for a moment in time that has shone a light on the best and worst of us humans. Cried for all the people who experience racism and hate on a daily basis in large and small ways and who continue to turn the other cheek.. Jacinda’s words opened up a wellspring of grief for all the things we’re not. But they also opened up a wellspring of hope that the terrible price these victims of hate have paid will not be in vain. That our collective and visceral horror that this could happen here will open our eyes and hearts to what we can and should be. It’s been humbling to see the outpourings of love and support, not just from New Zealand, but from all around the world.

There was a national memorial on Friday at Christchurch which was streamed around the country. I cried some more when I watched the coverage, particularly when Yusuf Islam — Cat Stevens as was who was such a loved musician during my teens  — took the stage and sang Peace Train. It’s nearly 50 years since this song was released in 1971 at a time when Flower Power was still holding sway as a symbol of non-violent protest. The term was coined by American poet Allen Ginsberg in 1965 as a way of transforming protests against the Vietnam War into peaceful affirmative spectacles where protesters wore clothes embroidered with flowers and vibrant colour, wore flower in their hair and gave flowers to the public and on-duty police officers. The ‘flower children” or hippies and the counterculture that sprang to life around them — drugs, psychedelic music and art and social permissiveness — changed the world for ever. The “love and peace” mantra of the time seems touchingly naïve in our current reality with its social media echo chambers which enable so much awfulness to be spewed out, fuelling extremism of all sorts.

While the Flower Power movement now seems like an icon of a distant and more progressive era, the symbolism of flowers remains as potent as ever. Flowers with messages of love and support were laid in drifts at mosques around this country in the aftermath of the shootings. The universal language of flowers seem to be the best vocabulary we have to express our feelings of sorrow and grief, hope and love, not just in the aftermath of  this home grown atrocity, but also as in the wider context of world events.

The giving or laying of flowers has been one immediate and simple act we have been able to  take as individuals to affirm  Jacinda’s heartfelt “you are us” and make a commitment to ourselves to be better and not give in to bigotry and despair. We can create our own version of Flower Power, ride the peace train and harness all this good will to create a better world.

Now I’ve been smiling lately, Dreaming about the world as one
And I believe it could be, Someday it’s going to come
‘Cause I’m on the edge of darkness, There ride the Peace Train
Peace Train take this country, Come take me home again

2 thoughts on “Ride on the peace train!”