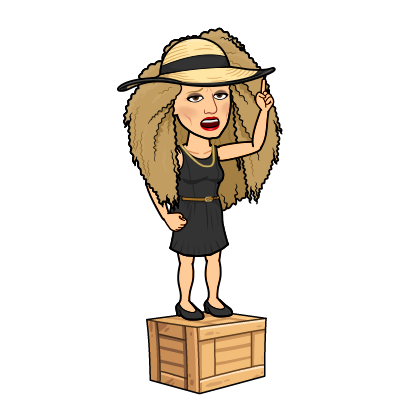 I was amused to read that Tinder and other dating apps intend to make it possible for users to get ‘verified data’ (i.e., run background checks) on their romantic prospects. The available data will include any arrests, convictions, restraining orders, harassment, and evidence of violent crimes. For an, as yet, unspecified fee, this will “empower users with information” so they can protect themselves.

I was amused to read that Tinder and other dating apps intend to make it possible for users to get ‘verified data’ (i.e., run background checks) on their romantic prospects. The available data will include any arrests, convictions, restraining orders, harassment, and evidence of violent crimes. For an, as yet, unspecified fee, this will “empower users with information” so they can protect themselves.

Sounds like a no-brainer, right?. After all, an unbelievable number of people are on the receiving end of gender-based violence — about one in four women and one in nine men have experienced it at some point in their lives. And I understand that platforms like Tinder have been slow to act on complaints about abuse by people listed on their site.

The big problem with certified data as far is that it’s not unknown for someone without any ‘previous’ to be saddled with the rap sheet of someone possessing a similar name or some other matching data. Mistaken identity can see some people lose out on potential jobs, houses, and now possibly love through no fault of their own. Employers are not allowed to ask about stuff like this in interviews in the interests of fairness. Certainly, there is the option to request a police check, but the usual starting point is to give the candidate a chance to tell their own story.

I have often wondered if we shouldn’t approach relationships with the pragmatism and rigour employers take in screening prospective employees. Over the years, I’ve employed a fair number of people and I’ve made my share of poor choices — no system is failsafe. But I’ve tried to stack the odds through running a thorough selection process and by checking references.

Writing letters of reference for former employees is something of a dying art. Some still want them, but they’re a potential minefield. On the one hand, you can be prosecuted by the new employer if you over-represent the person’s capabilities. On the other, you have to risk the ire of departing employee if they disagree with your summing up of their performance. Hence the blandly handy and non-committal Certificate of Employment. This bald statement of job title and time served, possibly including an invitation to call for more information, gets you off the hook. It’s all you are legally obliged to provide if there are reasons you don’t want to do more.

In the employment context, seeking and providing character references is a big part of the deal and acceptable on both sides of the negotiation. For candidates, protection lies in the fact that it’s up to them whose names they give as referees — you’d hope they’d pick fans. But even the most enthusiastic fan cannot always defend their idol across the spectrum of topics that might come up. I’ve become good at reading or listening between the lines. It’s easy to hear the slight hesitations before they answer difficult questions and to spot the careful phrasing to avoid being untruthful where there is cause for concern. Frankly, I’ve been amazed at times what people have been prepared to tell me.

The last reference check I gave had its challenges. It was for someone I mostly rated very highly and liked, but aspects of their attitude and approach were quite tricky to manage. When asked, I gave a measured response that made it clear I had reservations in this one particular area but then stressed I didn’t think it would prevent them from succeeding in the intended role. You don’t want to limit the prospects of someone you broadly feel is a good thing, but the issues had caused a few problems in my business, and I don’t think it’s fair to a potential new boss to gloss over stuff like that. I take the approach of raving (in a good way) where I can and keep the negatives short and as sweet as I can make them, honestly.

Coming back to Tinder et al., consider how differently we would view the dating game if people took up reference checks from one or more former partners before they ever agreed to a date. What would your exes say about you?  More to the point, what, if asked, would you say about them?

TO WHOM IT MAY CONCERN

Barlow and I cohabited for nearly a decade, during which time he held the role of my Life Partner, a job title for which he ultimately proved unfit as the life bit didn’t work out.

Despite his excellent qualifications for the role — alpha male status, top job in industry, large asset base, physique holding up well for age, brooding raptoresque looks and impressive intellect — he somehow never entirely fulfilled his potential. Barlow is not a team player, being over-competitive and doesn’t like sharing other than with his children to whom he’s obsessively attached.

I couldn’t fault his commitment in some areas — he demonstrated an enthusiastic, somewhat obsessive approach to the more physical aspects of the job. I also couldn’t complain about his earning power, although what was his remained his. Barlow was always punctual and could be highly sociable when he felt like it. He communicates exceptionally well on some levels; I never had any difficulty understanding his basic needs, but he has trouble expressing himself on a more profound emotional level. While he carried out complex duties with competence and on time, he could not be relied upon when the opera season coincided with Super Fifteen Rugby’s later stages.

He is entirely capable of working without supervision but rarely uses his initiative at essential times like birthdays and Christmas. His alpha-male status also makes him something of a bully, and he doesn’t take it well if he doesn’t get his way.

In my opinion, despite his many fine qualities, he has changed partners too often during his career and is unlikely to settle in any Life Partnership position permanently.  Moreover, he left me without serving out an acceptable notice period. In my opinion, it would take a massive mental shift for him to embrace the qualities required in this demanding role: commitment, sharing, nurturing, listening and compromising.

While I would possibly recommend him to anyone looking for an Associate Partner or perhaps a Transitional Person, I would have to say pass if you’re looking for your forever person, and I would not personally re-instate him if hell were freezing over.

Please don’t hesitate to contact me should you require further information.

If the above were a letter of reference for a potential employee, it would likely be severely career limiting. But what if it were from a previous partner of a person that you’ve already started to fall for?

Realistically, the concept of romantic reference checks doesn’t have legs, entertaining though I find it. I doubt it would make people behave any differently during relationships and going back to previous partners for a reference would likely dredge up any residual biases or bitterness, which tend to distort the good things. It’s true; some couples manage to maintain close ties after their romantic relationship is no more, and perhaps those types would be good referees? Perhaps not. If you’re the person who left, generally, that is because your partner has had some behaviours or values that you don’t share or find difficult and providing a candid reference would bring these out. If you’ve been unceremoniously dumped, your feelings toward that person are likely to be skewed negative.

In any case, a person that is a disaster for me really could be The One for you. There are always two sides to any story, and what I perceive to be the truth – or “my truth” as it has become — can be very different to what an ex sees. It’s pretty subjective, and a reference from me would likely be pretty meaningless. So, I’d pick that most people wouldn’t bother to take up emotional references even if they were available or pay any attention to them if they were.

After all, what would their last partner know? Once you start to get romantically involved, common sense, discernment, and logic exit stage left with the speed of a caged bird set free. Few of us have no skeletons of any sort in our closets. Mostly, they’re pretty anodyne, but they’re the sort of thing you’d like to fess up to once a degree of intimacy has been built, not in a fact-checking exercise before you’ve begun. For the would-be-dater, the internet and social media already provide extensive opportunities to ‘stalk’ people for insight into who they are. But what does it tell us? It’s not as if anyone’s going to advertise that the pinnacle of success in their life to date has been to be banged up for beating the living crap out of their partner.

As a species, we do play fast and loose and take enormous risks with our hearts. Perhaps Tinder’s proposed screening service will provide some basic safety protections, so its users don’t end up on the receiving end of some psycho’s crazy mind. Whether or not they do, it still won’t protect people from the heartbreak of knowing love don’t live here anymore.