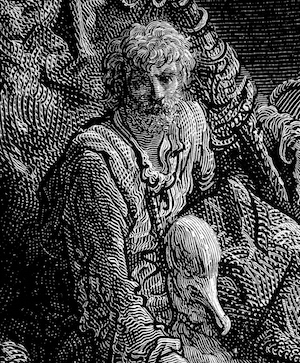 I had a great start to this year. I was on fire with certainty and focus, personally and professionally. For the first time in many years, I’d actually said no to a couple of things, leaving room for a number of pet projects that kept getting side-lined. Following a lengthy drought, I started writing again. Ideas blossomed like desert flowers after rain, some pollenating this blog. I was on a roll at work, striding through business planning like a Colossus on steroids. Quite the little joy germ I can tell you. And then, a few months ago, the wheels fell off and I picked up a business load that someone else had laid down and I’ve been staggering under it’s weight ever since. Throughout, I’ve been wondering if anyone else has been able to see the very large albatross slung round my neck?

For anyone unfamiliar with the concept, having an albatross round your neck is a peculiarly English language idiom that has come to refer to a heavy burden of guilt that becomes an obstacle to success. The original guilt-induced burden was toted by a hapless sailor in Samuel Taylor Coleridge’s epic poem The Rime of The Ancient Mariner written in 1797-98. Although the idiom is widely used, I would imagine for most of us, the poem that spawned it is only a blurry memory from long ago English classes if it’s known at all. I for one had the vague recollection of a cautionary tale of a dead bird and a lot of bad shit that went down during some sort of voyage somewhere, sometime resolving into some sort of darkly redemptive ending.

Well, that wasn’t really very insightful, so I sent up a prayer of thanks yet again to the Gods of the Internet for Google and Wikipedia and for the ease with which I was able to satisfy my curiosity. The Rime of The Ancient Mariner — let’s call it TROTAM for brevity and because acronyms are so fashionable — relates the experiences of a sailor who has just returned from a long sea voyage. In the words of the author (and what better source could there be really?) it charts the story of “How a Ship having passed the Line was driven by storms to the cold Country towards the South Pole; and how from thence she made her course to the tropical Latitude of the Great Pacific Ocean; and of the strange things that befell; and in what manner the Ancyent Marinere came back to his own Country.” Still not getting it? Then (to use an expression I loathe but which I think is allowable in the context) let’s take a deeper dive …

The narrative begins with a mariner (presumably an ancient one) stopping some random who is on his way to a wedding in the street and regaling this hapless individual with his story. It’s not actually revealed why he picked this particular man or indeed how he knew the man was on his way to a wedding. The poem wasn’t well received at the time. Perhaps the 18th century reading public was as keen on continuity as contemporary filmgoers who notice things like Storm Troopers hitting their heads on bulk ways. Anyway, I digress. The wedding-guest’s reaction turns from bemusement to impatience to fear to fascination as the mariner’s story progresses. Think I might have felt the same. It’s kind of Night of the Living Dead meets Pilgrim’s Progress. At one surreal point our hero is sporting a massive dead bird strung round his neck on a ship sailed by reanimated corpses. Nowadays of course we would have called them Zombies, but Coleridge was happily unaware of this hugely successful genre. The first known use of the word Zombie in English wasn’t until 1819 in a history of Brazil by the poet Robert Southey, Perhaps if he’d called it TROTAM … with Zombies, it would have taken the world by storm instead of bewilderment. Clearly he was ahead of his time or already the opium addict recorded in the last couple of decades of his life.

Oops digressing again … back to the action. Despite initial good fortune, the ship is driven south by a storm, eventually reaching Antarctic waters where it gets stuck in an ice jam. Serendipitously, an albatross soars by and seemingly guides them out of the ice. Quite understandably, the crew is pretty happy about this believing the albatross brought the south wind that led them out of the Arctic. So what does our hero do? At about the time the crew are congratulating themselves for their good fortune, he grabs his crossbow and shoots the bird dead. What was he thinking? Didn’t he know albatrosses are protected? Predictably, his shipmates are a tad irked with the murdering mariner. However, as they sail on, the weather becomes warmer, the mist disappears and all is temporarily forgiven.

Not for long! Killing the albatross appears to bring the wrath of some unspecified and malevolent spirits down on their heads and they transit from “the lands of mist and snow” to uncharted waters near the equator where the ship is becalmed and it’s frankly, hot as Hell. This prompts the one memorable and often quoted line from the entire gruesome load of anarchic tosh, “water, water everywhere and not a drop to drink”. (If you’re a purist, it’s actually “water, water everywhere, nor any drop to drink”).

In anger, the crew forces the mariner to wear the dead albatross about his neck to show his guilt. Two points here. (1) Why did they still have the dead bird onboard? (2) What a great idea — maybe activist organisations like Sea Shepherd could take on board (as it were) when they encounter idiots doing vile things to marine life!

Anyway, this is all getting a bit long-winded. To cut a (very very) long story short, next they encounter a floating hulk where Death (a skeleton) and Nightmare-Life-in-Death (a deathly pale women) are playing dice for the souls of the crew. Death wins the lives of the crewmembers and LID (Life in Death doh) wins the life of the mariner who … er … yup you got it … must endure a fate worse than death as punishment for his killing of the albatross. Even the Sea Shepherd stalwarts might consider this a little extreme? Anyhoo, the crew die, but the mariner lives on for seven days and nights seeing the curse in the last expressions in the eyes of their corpses.

Ultimately, the mariner’s curse is lifted after he appreciates the sea creatures around him, which he had earlier cursed (lot of cursing in this work) as “slimy things” — he suddenly sees their true beauty — “a spring of love gush’d from my heart and I bless’d them unaware”. Abracadabra, the albatross falls from his neck and he is partially redeemed. Good spirits possess the corpse crew and they help steer the ship to safe harbor. Trancelike by this time (and who can blame him after all the trauma) the mariner hears two of the spirits discussing his fate which is to wander the earth driven by guilt, forced to tell his story over and over and passing on his cautionary tale to those he meets.

On finishing his story, the mariner leaves, and the wedding guest returns home, and wakes the next morning “a sadder and a wiser man”.

And don’t you wish it was darlings? But suck it up because I haven’t quite done yet. As I said earlier, responses at the time were muted, even from his poet buddies like William Wordsworth. Apart from the fact that TROTAM is written in highly laboured ‘olde englishe’, it’s simply not a very pleasant story … all those dead things!

Whether or not there’s any merit in the poem — I’ll leave you to make your own mind up on that score — the sad thing is that Coleridge’s story gave the albatross such a bad rap as a guilty burden to bear. NZ is home to 14 species of albatross, including one of the two biggest, the Royal Albatross with an average wingspan of 3m (9.8ft) some more than 3.5m. I was lucky enough to visit a colony outside Dunedin at the bottom of our South Island a few years ago — they are truly glorious birds that can live up to 70 year apparently. Check out our Department of Conservation’s RoyalCam which follows a Royal Albatross nest. OK maybe it’s not as dramatic as some of the other better-known cams like this TigerCam, but hey, we don’t have any large predators on our shores, just this very large squid-eating bird so we have to take our wins where we can.

Coming back to the albatross currently decorating my own somewhat fragile neck, I’m pretty close to having completed whatever self-inflicted penance was required to achieve my own arc of redemption although my story was more one of taking responsibility than guilt. In any case, there is now light at the end of this particular tunnel. As I write, I can feel my albatross slowly re-animating and flexing its wings. I know that very soon it will soar off back out to sea in its element, tirelessly gliding over the frigid waters of the Southern Ocean.

2 thoughts on “About that albatross round your neck”